Heneghan-Webb-7-27-18 from Truth Warriors on Vimeo.

God has recently told me to not worry about Donald Trump. His hand is on President Trump and all the evil plans will fail. God actually told me to stop worrying so much about politics because I tend to do this! I’m telling you this because maybe it will help some of you. God told me Trump would win 6 months before the election and I put the message out on Youtube and got attacked heavily for it. God doesn’t want any of us to worry or fear. Jesus never feared anything or worried about things and he knew exactly when he would die! God is in control. We should all read our Bibles, tithe to a blessed ministry and pray daily. You can do a simple daily communion in your own home too using bread and water. I like to do this because I believe it keeps the demons away. Keep spreading the truth to those who will listen but don’t let the fake news make you upset! If it does, turn off the fake news and don’t even watch it. Our job is to spread the truth and ultimately save souls and bring others to Jesus. Jesus is the only truth that matters. Always remember this and never let the demons bring you down!

Tom Heneghan and Stew Webb connect the dots about so many things regarding the deep state in todays broadcast. They know so much because they’ve been living this deep state nightmare for over 30 years now. Stew was illegally locked up with thousands of scapegoated FBI and CIA agents for almost a year! Stew made friends with them and took notes about all the crimes of the Bush Clinton crime syndicate.

Tom talks about Putin and why the deep state fears him so much! It’s called RICO (Rackateer Influenced and Corrupt Organizations) and Putin knows where all the RICO bodies are buried! He gave Donald Trump a huge amount of data on deep

Tom talks quite a bit about Clinton Bush stooge – Brett Kavanaugh and how he helped the Clintons escape justice! 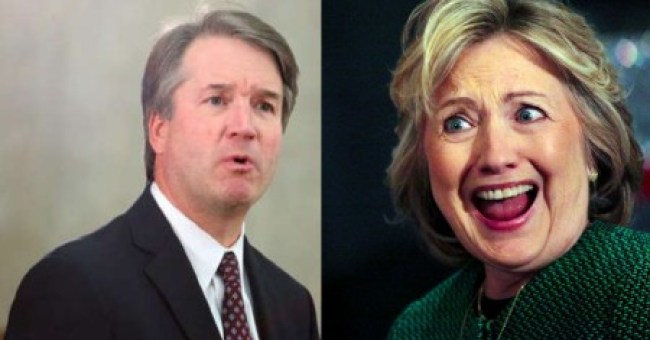 If you didn’t get the memo. The CIA Clintons have always worked for the CIA Bushes. Until you realize it’s just like professional wrestling where they only PRETEND to be enemies, you’ll never understand the deep state. Here’s a picture that is worth at least 1,000 words! Young Bill Clinton having a beer with his soon to be boss – H.W. Bush Scherff! It’s all a big joke! 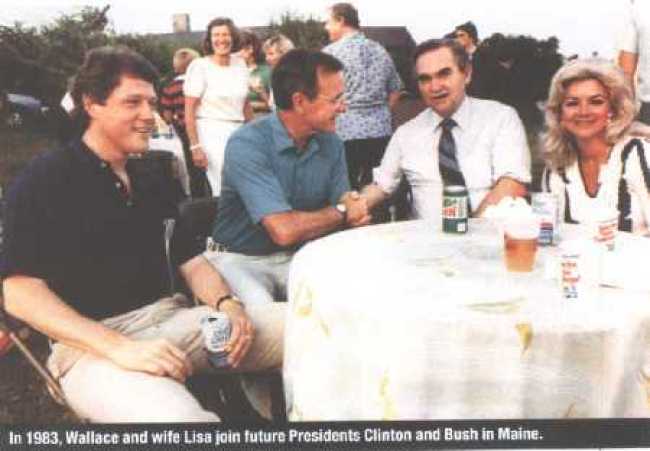 George HW Bush is a nazi spy named Scherff who watched JFK get assassinated in front of the book depository in Dallas with his son! You need to read the following linked article. This is the biggest conspiracy of them all and the controlled opposition makes sure you NEVER know about it! 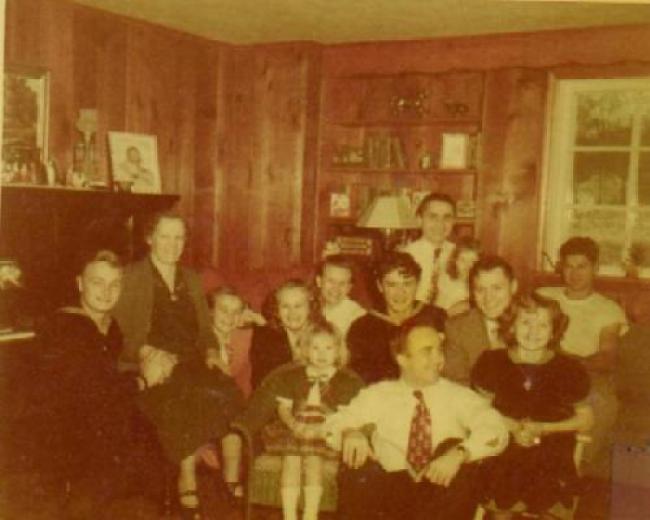 “According to Otto Skorzeny, pictured is the Scherff family and a few friends (circa 1938). Holding “Mother” Scherff’s hand at left is Martin Bormann. In front is Reinhardt Gehlen. In back is Joseph Mengele and to his right is Skorzeny as a young man. At center right (in the German navy uniform) is George H. Scherff, Jr. and his father George H. Scherff, Sr. Bormann became Hitler’s second in command. Reinhardt Gehlen was a chief SS officer and assassin who was smuggled out of Germany under Operation Paperclip. Skorzeny was Hitler’s bodyguard and SS spy/assassin who came to the U.S. after the war under Project Paperclip. Skorzeny and GHW Bush were instrumental in merging Nazi (SS) intelligence with the OSI to form the CIA with “Wild Bill” Donovan and Allen Dulles. These guys were also part of CIA mind control experiments such as MK-ULTRA. SS officer and physician Joseph Mengele, the notoriously sadistic “Angel of Death” of Auschwitz, escaped Germany to South America after the war. George H. Scherff, Jr., became the 41st President of the United States as GHW Bush and George H. Scherff, Sr., was Nicola Tesla’s “trusted assistant.”

Watch Alex Jones PRETEND he’s never heard of the Bush Scherff connection! It’s really bad acting! Then he starts his controlled opposition job of lying and using straw men by saying things like, “if he’s hiding a German accent, he’s doing a great job!” He also intentionally draws attention to the wrong person in the photo as you will see. He gets the caller off the air fast also of course. Alex Jones will never win this fight because he’s working for the bad guys as controlled opposition. That’s why people like me lose their Youtube channels but he will never lose it because he serves the system to give you some truth but to steer you away from things such as SES, Lee Wanta and the Bush Scherffs. He’s also there to take all the money and make sure nobody real who would mobilize his 30 million man army going door to door with flyers is ever allowed to exist!

Tom Heneghan discusses how we now have a photo below of H.W. Bush in Deally plaza and another photo of his son G.W. Bush there too! I believe Alex Jones is a crypto agent for the deep state and that’s why he covers up Senior Executive Services (SES), censored Stew Webb and Tom Heneghan for 25 years and fired two radio show hosts who interviewed Stew in the 90s, never has solutions and lied about Lee Wanta. Nobody but a crypto deep state agent would say ambassador Lee Wanta was as real as a Nigerian scam letter!

H.W. Bush Scherff was actually arrested and taken to the Sheriff’s office for questioning because somebody said he was involved! All this was scrubbed of course and H.W. Bush said he didn’t know where he was when he heard JFK was shot! G.W. Bush in Deally plaza when JFK was gunned down 1 (foto Before It’s News)

Here’s young G.W. Bush in Deally plaza when JFK was gunned down! He’s looking for his Daddy who was arrested! By the way, Roger Stone’s buddy Richard Nixon partied with the “boys” after the assassination. Richard Nixon was a pedophile too! You really think Alex Jones is working to save you while you sit on the couch and buy his stuff! Google it and then wake up remember Stone got 2nd amendment traitor Sheriff Israel (who let all the kids die in Parkland) elected! Google it and quit being a sucker! 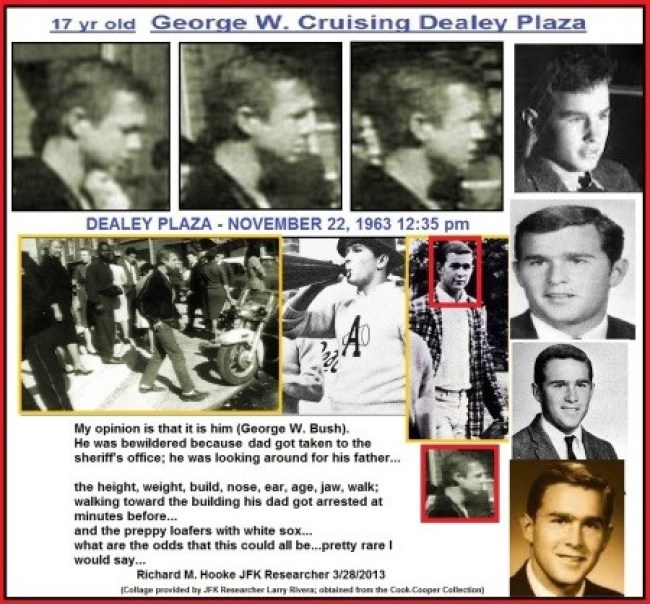 G.W. Bush in Deally plaza when JFK was gunned down 2 (foto Before It’s News)

Tom discusses how Trump was blackmailed into picking Brett Kavanaugh by Mitch McConnell. If given a chance to hurt Trump, Kavanaugh will do it in a second! John McCain LOVES Kavanaugh! Enough said!

Kavanaugh actually intimidated witnesses who had evidence proving Vince Foster did NOT drive his car to the park and commit suicide because his car wasn’t there! The official story on Vince Foster’s death was a total lie! Here’s some information on this.

“Kavanaugh working for Special Counsel Ken Star, browbeat, intimidated and tampered with the testimony of Patrick Knowlton who ultimately filed a compelling lawsuit over this prosecutorial abuse. Knowlton’s mistake, he saw the blue sedan with Arkansas plates in which Vince’s body was delivered but Vince’s car a brown sedan also with Arkansas plates had not yet been delivered. It is interesting that Foster’s car keys were found not in his pocket but thrown yards away from his body. In my book “The Clinton’s War On Women,” I identify the thugs who did Hillary’s dirty work, but it is the bullying tactics that render him unfit for Trump’s appointment to the Supreme Court.”

Brett Kavanaugh certainly serves the interest of the Bush Clinton crime syndicate! Why else would the RINO scum in our Congress support him for Daddy Bush? Kavanaugh worked with Bush stooge Kenneth Starr to make sure Bill Clinton escaped being thrown out of office for raping Juanita Broaddrick. Newt Gingrich made sure the topic of Juanita Broaddrick was spiked which kept Clinton in office!

Tom also talks about another person who helped with this Matt Drudge (fake name) who serves the Mossad and was put there to change the topic to Lewinsky which Clinton could get away with and not the rape of Juanita Broaddrick which would have impeached Bill Clinton guaranteed. I’ve actually recently heard Alex Jones say recently maybe Kavanaugh wasn’t such a bad guy after all!

Also discussed is the True Colors assassination teams used by the Bushes and Clintons! Stew also discusses the day he saw Larry Nichols driving around his neighborhood with another man in the car. No reason Larry would be in Stew’s neighborhood with Arkansas plates unless he was helping plan an assassination on Stew Webb! Remember if Stew Webb ever gets assassinated Larry Nichols must be fully investigated since he’s been seen casing Stew’s house already. Larry Nichols has ripped off patriots for donations for operations he never had! Alex Jones helped him do this too. If Stew is killed before he gets justice Alex Jones will also share in the blame also since he fired two radio show hosts to prevent Stew from getting the truth out on his network! Right now it seems Stew and his father have been poisoned! Please pray for them!

I want all patriots to email Alex at showtips@infowars.com and tell Alex you won’t buy anymore of his stuff until he tells the truth about Lee Wanta and Senior Executive Services! Tell him you should see hundreds of mentions of “Senior Executive Services” on his sites but find NONE when you do the Google search as shown below! Email me at glenn@nsearch.com if you do email him! We can no longer follow liars or those who censor the truth! Stand up and demand answers from all who do this so we can WIN this fight! Accept no EXCUSES for lies and censorship of any topic! Thank you patriots!