Judy Note: Some of the below links don’t work. I left them in to show how pervasive a cover-up has become on the US government torture of children paid out of our taxpayer dollars.

An FBI Case Agent discovered an email from Hillary Clinton (page 324 of the just-released IG Report) that referenced child trafficking, but he was told, “We can’t be looking at this.”

Evidently the IG Report found thousands of emails on Anthony Weiner’s laptop concerning the Clinton Foundation and their Crimes Against Children that have yet to find room in the mainstream media.

Over a year ago a Child Trafficking Scandal “Tucson-Gate” was suspected to have linked child trafficking to the Clintons, Tucson Arizona Mayor Jonathan Rothschild and Casa de Los Ninos children’s shelter.

Government sponsored torture and abuse of children appeared to be pervasive. On June 16 Kristine Guerra of The Washington Post discussed a little girl no older than two who was taken from her mother the night before and brought to a shelter run by the Office of Refugee Resettlement along the Texas border. She was screaming and pounding her fists on a mat, though the shelter carers weren’t allowed to console her.

It was a rule at the shelter that staff were not allowed to touch children in their care. From this author’s experience I would say that’s a basic rule for the mind control of children: traumatize them, then don’t help them to process the stress.

Nearly 2,000 immigrant children were separated from their parents during six weeks in April and May, according to the Department of Homeland Security. Any adult who crossed the border illegally faced criminal prosecution while their children were sent to shelters. The boys were known to be held behind bars in Walmart-converted warehouses. There was little or no accounting for teen girls thought kidnapped into an international child trafficking and gun running ring run by global elites and their mafia connections, funded by the CIA and organized out of an office at the Vatican.

Around June 8 a suspected Child Sex Trafficking Camp was discovered near Tucson Arizona, yet Arizona Police, State Patrol and federal agents saw no need to investigate. A Veterans group had found and photographed evidence of child sex trafficking such as restraints chained to trees and toys next to used condoms. Tuscon legal entities refused to investigate the find, plus the vet group was refused access back to the property. A day later the group was able to video some bulldozers covering up evidence that they had reported to Tucson legal entities – the same who refused to investigate.

“I’m a survivor of tax-funded torture, enslavement, human trafficking and mind control, including sexual abuse,” said a woman from California in a 2013 petition, Request for a Congressional investigation, CIA mind-control of children (http://www.change.org/petitions/us-congress-survivors-request-investigation-cia-mind-control-of-children?utm_source=guides&utm_medium=email&utm_campaign=petition_week_one). “Two additional members of my immediate family are in recovery for these crimes including one who is still a minor. These programs must be stopped, corruption routed out of our government and nation, and the truth be revealed.”

In 1953 the CIA imported Nazi mind-control experts from Hitler’s Germany for the purpose of developing “assassins and super spies” for the CIA. This MKULTRA program of illegal human experimentation utilized 149 subprojects and 33 related programs done in 80 US and Canadian institutions, including 44 colleges and universities.

Evidently the CIA and other government programs were still torturing children. We may never know where the CIA’s 14.7 billion dollar per year black budget was spent. Survivors of the government mind-control techniques say they don’t remember this extreme childhood abuse until many years after the event, making a quest for justice difficult.

Back on November 2013 CBS Face the Nation respected Watergate Scandal Journalist Bob Woodward claimed (http://www.washingtonsblog.com/2013/11/kennedy-conspiracy-theories-go-mainstream.html), “You run into this rat’s nest of concealment (by the FBI and CIA) then and now.”

“I am a survivor with two terminal diagnoses that are a direct result from torture, electric-shock, a receiver encased in my right sphenoid bone causing brain cells to die every day and drug experiments,” said another victim in the petition that requests an investigation of the US CIA’s mind-control program. “My country owes me truth and compensation!”

In 1964 CIA Director Richard Helms claimed he shut down the program. Survivor respondents to the 2007 Extreme Abuse Survey (http://extreme-abuse-survey.net/) disagreed. There were 257 who said secret government sponsored mind-control experiments were performed on them. Many were born after 1964.

In the 1995 Congressional Hearings on radiation experiments (http://keepethicallightburning.org/chris-denicola-survivor/) witnesses Chris DeNicola, Valerie Wolf, and Claudia Mullen also had issues with the claim that the government wasn’t involved in tortuous experiments on children. DeNicola and Mullen survived a childhood of torture by US government employees and Wolf treated them, plus other mind-control survivors. DeNicola testified she was abused by head of the CIA human experiments Dr. Green through 1984 – 20 years after the program supposedly closed.

DeNicola named CIA Director Richard Helms as one of her perpetrators. Back in 1977 a pending Congressional inquiry prompted Helms to destroy all MKULTRA documents prior to his resignation. Even though Wolf, DeNicola and Mullen pled for another Congressional investigation of the CIA program, none was done, no charges were brought against anyone including Helms, and Congress voted not to release results of their inquiry.

Survivors of childhood mind-control also talk of international child trafficking connected to the global elite. Of 1471 survivors who responded to the 2007 Extreme Abuse Surveys, 451 said at least one group that abused them were national or international in scope and 177 claimed they had been transported out of their native country for the purposes of ritual abuse-mind control. There were 500 who said “yes” when asked if they were made to participate in child prostitution and 578 claimed they were involved in child pornography.

Survivors of mind-control commenting in the Request for a Congressional investigation, CIA mind-control of children were found in the US, Canada, France, Australia, Asia, Germany and the Netherlands.

Being made to view or participate in the murder of children is a common mind-control method. Mind-control survivor Jenny Hill exposed her witness to a child’s murder on June 21 1965 in Garden Grove (http://www.youtube.com/watch?v=5D3X4dSM1qk), California in her biography, “Twenty-Two Faces: inside the Extraordinary Life of Jenny Hill and Her Twenty-Two Multiple Personalities.” Hill’s satanic rite was overseen by infamous master mind-control programmer Dr. Green of the 1995 Congressional hearings. According to the biography’s foreword by Psychiatrist Colin A. Ross, MD, Green was brought into the US as part of the CIA’s 1950′s Operation Paperclip. 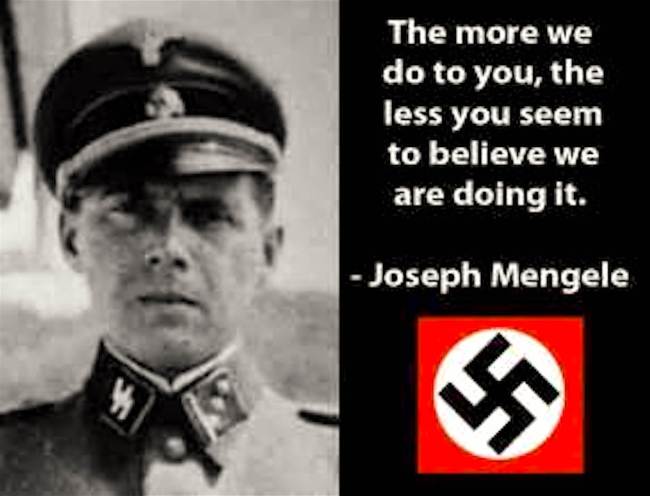 For more information on the US government torture of children, just Google some of the victims: Brice Taylor, Cisco Wheeler, Arizona Wilder, Svali, Cathy O’Brien, Kathy Collins, Jenny Hill, David Shurter and related videos that pop up – if government censorship hasn’t got to them.

Rachel Corbett - ‘It Was a Question of ‘How Far Will They Go?”: Former Art Students Remember How Jeff… http://robscholtemuseum.nl/rachel-corbett-it-was-a-question-of-how-far-will-they-go-former-art-students-remember-how-jeffrey-epstein-tested-their-boundaries/ via @rsmuseum