“Know what all these people have in common?
And I do mean ALL of them. Figure it out yet? Yeah.
They ain’t Muslims. …They’re Jews.
They go to the synagogue – Synagogue of Satan, that is.
They all have ties to ‘Israel’, either as dual-citizens,
committed Zionist fundraisers or both.
This is only the tip of the iceBERG too.”

Proof that the US is a colony of Israel, capital of the Rothschild’s NWO.

Disclaimer- These men belong to Organized Jewry. The average Jew has as much say as the average American over the actions of the subverted US government.

GWOT, the Global War on Terror, has raped the world. And it’s all because of what happened at the Twin Towers and the Pentagon on this day, September 11th, in 2001.

T.H.E.Y. – The Hebrews Enslaving You – told you, the Goyim, i.e. the 99% majority here on this beautiful little sphere of blue and green called Earth, that Muslims did it. That’s right. …YOU HAVE GOT TO BE KIDDING ME…

These are just SOME – you read that right, SOME – of the names that the Monsters don’t want you to call out when you’re discussing 9/11: 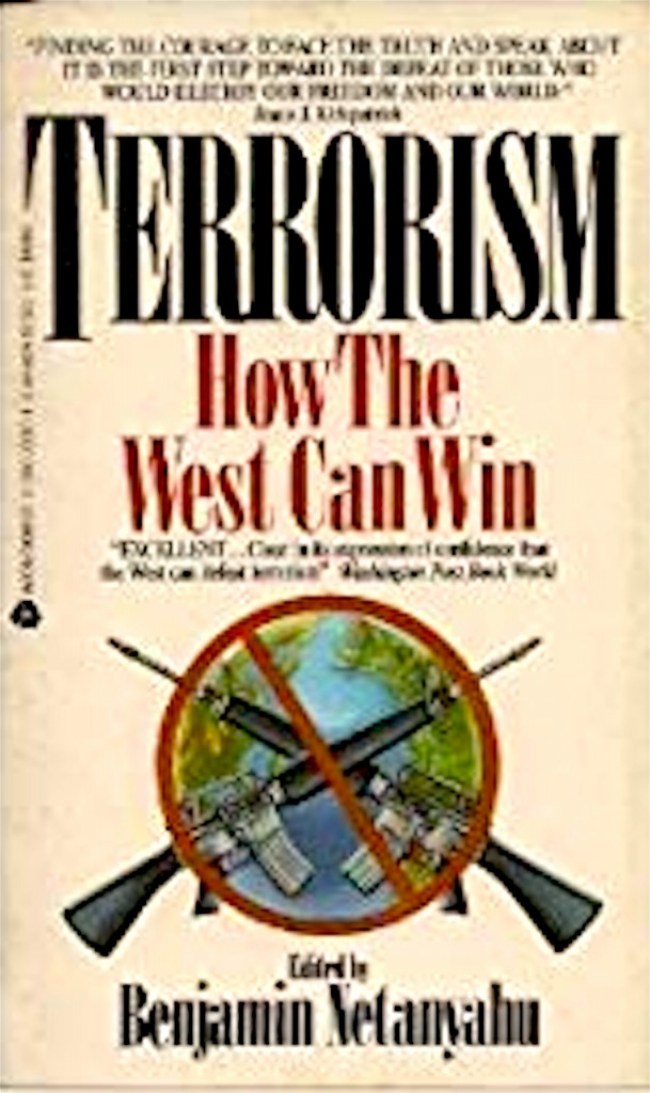 Benjamin Netanyahu – Terrorism | How The West Can Win

1. Benjamin Netanyahu (real name: Mileikowsky) – 24 hours after the 9/11 attacks, he said that they were “very good” then said later that, “We are benefiting from one thing, and that is the attack on the Twin Towers and Pentagon, and the American struggle in Iraq.” Godfather of GWOT with his think tank, the Jonathan Institute, and his book, “Terrorism: How the West Can Win“. Inaugurated the 100-year war against what he called “militant Islam” and revealed as much in June 2012. Previously worked in a nuclear smuggling ring called Project Pinto. War criminal.

2. Ehud Barak (real name: Brog) – Traveled to the United States and spent about 6 months preceding 9/11 as a chief consultant for Electronic Data Systems and SCP Partners, a shadowy Mossad-run company that does big business with firms that created advanced niche specialty metals and complex metal products for defense industries in the fields of energy, aerospace, infrastructure and chemicals. Among these products are nano-composite explosives laced with thermite, used to blow up the Twin Towers. Barak was on the BBC minutes after American Airlines Flight 11 and United Airlines Flight 175 hit the WTC to literally announce the “clash of civilizations” and call for attacks on Iraq, Iran, Libya and Afghanistan. War criminal.

3. Ehud Olmert – Was in New York the very night before the attacks to make the final preparations. Connected to Menachem Atzmon of ICTS. War criminal. 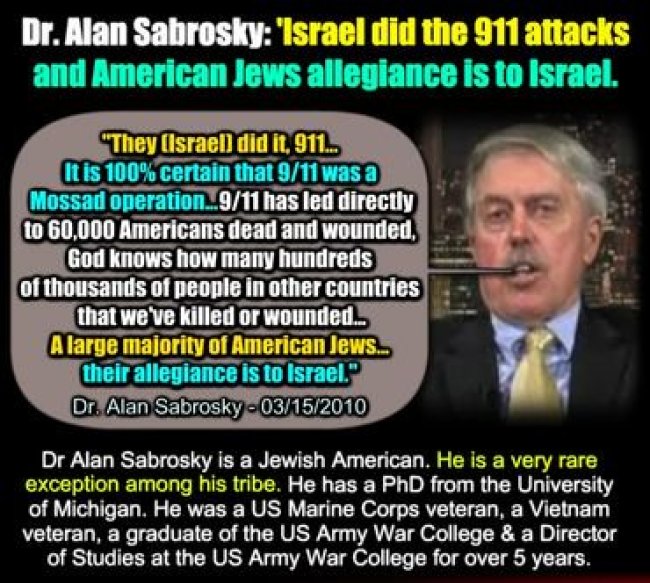 4 & 5. Menachem Atzmon & Ezra Harel – Owners of International Consultants on Targeted Security (ICTS), which ran the security at the Boston and Newark airports as well as “all the international aviation gateways in the USA” according to its own website. Affiliated with Shin Bet, Mossad and Aman.

6. Shimon Peres (real name: Szymon Perski) – Godfather of the usurping Zionist entity’s illegal nuclear program, arms industry, spy services and false flag operations (he was numero uno in the Lavon Affair aka Operation Susannah). Pioneered the facility at the illegitimate ‘Israeli’ regime’s WMD base at Dimona on occupied Palestinian land in Al-Naqab that produces the thermite used in the 9/11 horror. SPC Partners is the distributor, and it was Peres who brought the transaction to Barak. War criminal.

7. Isser Harel (real name: Halperin) – Founder of the Mossad. Masterminded the operation with his old students Avraham Bendor and Peter Zvi Malkin, as well as ‘Israeli’ tycoon and Mossad-connected arms peddler Shaul Eisenberg, to obtain the blueprints for the WTC in an exchange facilitated by Port Authority Executive Director Stephen Berger.

9. Michael Chertoff – Second Secretary of Homeland Security and prior to that, chief of the criminal division of the Justice Department from 2001-2003. Patriot Act author. Son of Rabbi Gershon Baruch Chertoff, the final rabbinical scholar in a long line from Russia, and Livia Eisen, protege of Isser Harel, first hostess of El Al and founding female operative of Mossad…

14. Yaron Shmuel, Omer Marmari, Sivan, Paul Kurzberg & Oded Ellner – Mossad spies who have come to be known as “the five dancing ‘Israelis‘”. After being detained on the fateful September day and having their bodies as well as their van testing positive for explosives, they shockingly proclaimed that, “We’re here to document the event.”

15. Dominick Otto Suter – Mossadnik owner of ‘Israeli’ intelligence front Urban Moving Systems where the five dancing ‘Israelis’ worked. He was their overseer and the chief of a Mossad operation to gather intelligence on various Arab organizations in the Tri-State Area.

16. Morris Kahn – ‘Israeli’ owner and founder of Amdocs, which collects processing data for 90% of the phone calls, emails and text messages in America, including several agencies of the US ZOG. A close confidant of Isser Harel. At least 60 Israeli spies, all of whom were operatives in the fields of military intelligence and explosive ordinance were detained on 9/11, and more than 140 Israeli spies were detained shortly before the events. A large swathe of them worked at Amdocs.

17. Kenneth Bialkin – Head of the America-‘Israel’ Friendship League (tied to Aman) and well-known member of the ADL and the Conference of Presidents of Major American Jewish Organizations. Senior partner of devilish, mega-influential law firm Skadden Arps that controlled all 9/11-related litigation.

18. Sheila Birnbaum – The special mediator for the aforementioned litigation and old-time partner in Skadden Arps who reports to none other than Bialkin. 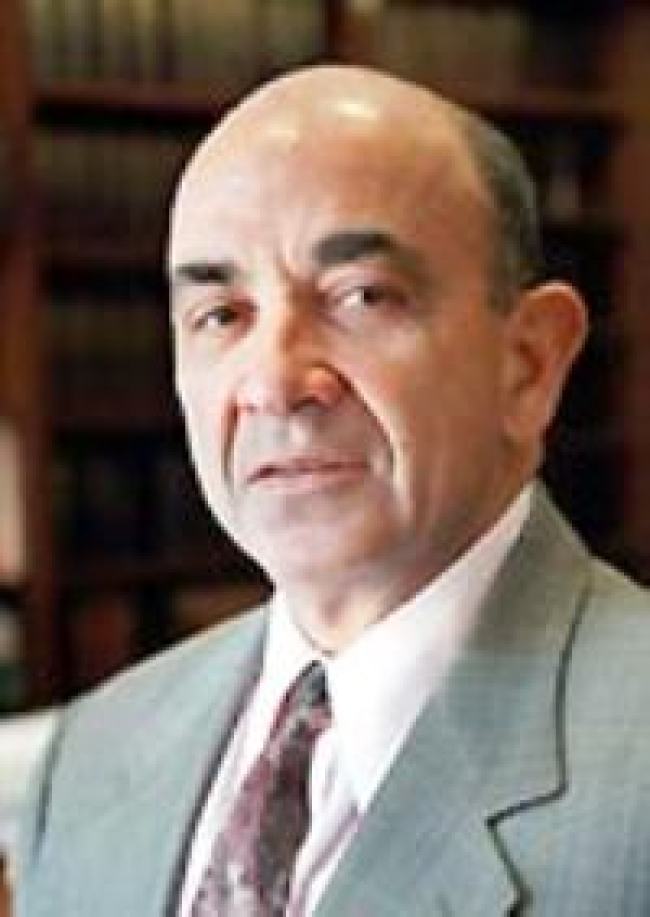 19. Alvin Hellerstein – The judge on all of the cases run by Skadden Arps and a fanatical Zionist who attends the same temple as Birnbaum and Bialkin.

20. Amnon Shoham – Co-founder of Cedar Fund, which poured tons of cash into Guardium, a “data security” company that worked closely with B’nai B’rith operative Michael Goff at P-Tech and “chosenite” CIA stalwart James Schlesinger’s MITRE to subvert various American security apparatuses on 9/11. A Talipon of substantial influence with his hands in at least a dozen different start-ups having a global impact, Shoham worked at-WHERE ELSE BUT-Skadden Arps on public offerings, mergers and acquisitions involving high technology companies prior to his venture capitalist endeavors.

21. Gal Israeli – Cedar Fund’s other co-founder. Also a Talpion connected to a plethora of high-tech start-ups. Prior to partnering up with Amnon Shoham and pouring cash into ‘Israeli’ intelligence assets like Guardium, he was Managing Director in the High Tech Investment Banking group of Bear Stearns-which was involved in a gigantic put options scam with AIG CEO Maurice Greenberg, Swiss Re Insurance and Michael Bloomberg (who became mayor of NY following the 9/11 attacks). Cozy, ain’t it?

24. Kenneth Feinberg – Set up the 9/11 Victims Compensation Fund and forced the 9/11 victims’ families to wave their right to sue the government for criminal negligence in exchange for a little over a million shekels – I mean dollars – a piece. Holofraud swindler. Kennedy assassination profiteer. His wife, Dede, is the former president of the Jewish Federation in DC and a major bankroller of Jewish causes through Congregation Beth El of Montgomery County in Bethesda, Maryland, dropping monies on everything from ‘Israeli’ bonds to ‘Israeli’ charities (ethnic cleansing fronts) to ‘Israeli’ start-ups (Talpiot). Worked hand-in-glove with Birnbaum, Bialkin and Hellerstein to put the litigation to bed. 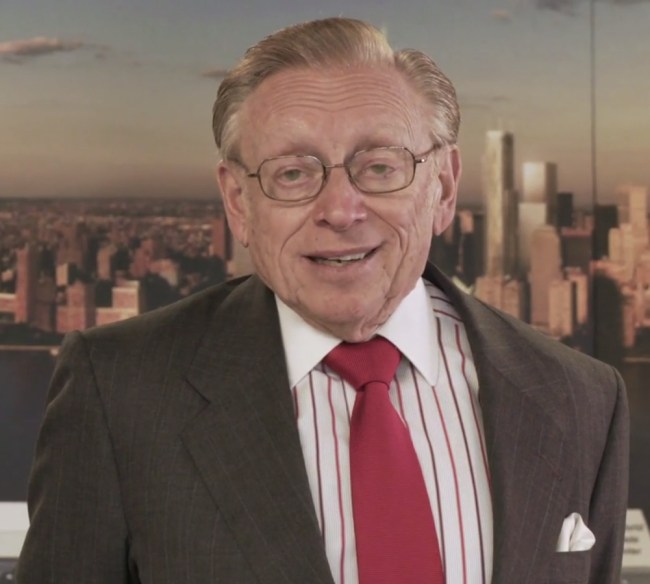 25. “Lucky” Larry Silverstein – Mr. “Pull It.” Friend of every last ‘Israeli’ Premier of the last three decades who has phone conversations with Netanyahu every Sunday. United Jewish Appeal bigwig. Co-owned the Twin Towers with Haganah terrorist and IOF Golani Brigades commando Frank Lowy. His buddies Lewis Eisenberg and Ronald Lauder, prominent Jewish Lobby chieftains themselves, privatized the WTC for the first time in history and helped him get the lease. Collected 7 billion dollars from the insurance settlement thanks to his other tribalist pal Michael Mukasey, who would help Chertoff save the ‘Israeli’ spies and later become the Bush regime’s Attorney General, solidifying in court that everything was “kosher”.

26. Rabbi Dov Zakheim – Pentagon Comptroller who disappeared $3.3 trillion and sent it to the usurping Zionist entity to pay for new warplanes that would be used in the slaughter of Palestinian and Lebanese innocents. Head honcho of Systems Planning Corporation (SPC) that manufactured the FTS (flight termination system) equipped under the fuselages of the planes that hit the WTC. Co-author of Rebuilding America’s Defenses, the mission statement of the neocon cabal that wanted a “New Pearl Harbor“, ran the Bush White House and called itself PNAC – where, for the record, every policy wonk involved in the barbaric wars launched in the name of 9/11 gathered and became signatories to Zakheim’s ravings. His Tridata Corporation covered up the domineering ‘Israeli’ role in the WTC false flag of ’93, which was considered to be a test run for the “real thing” 8 years alter. War criminal and arguably the architect of the whole September 11th shebang.

Know what all these people have in common? And I do mean ALL of them. Figure it out yet? Yeah. They ain’t Muslims. They don’t go to the masjid to do Salat. They’re Jews. They go to the synagogue-Synagogue of Satan, that is. They all have ties to ‘Israel’, either as dual-citizens, committed Zionist fundraisers or both. This is only the tip of the iceBERG too.

These are the criminals who brought down the World Trade Center and blew up the Pentagon. These are the terrorists. These are the conspirators. These are the designers. These are the murderers of 2,996 Americans on Septembers 11th, 2001. Not the Islamic Republic of Iran. Not the accursed House of Saud. Not Al-Qaeda. Not Muslims. Got it? One more time: NOTTTTTTTT Muslims. But Jews, Global Zionism and the artificial Halakhic-Talmudic regime butchering, occupying, colonizing and putrefying Palestine. We cannot stop the cycle of unrelenting imperialism until we speak with certainty why the wheels are spinning in the first place. 9/11 was a Jewish-Zionist job. 17 years on, it’s beyond overdue that everyone says it. 9/11 is Jewry’s crime. Not the Ummah’s. Not Islam’s. And anyone who thinks or says otherwise is an idiot. 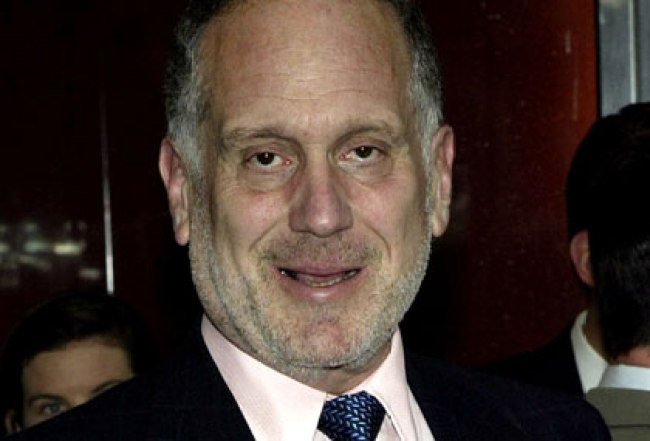 One more key figure often overlooked in the “New Pearl Harbour” event designed to bring about the Jewish new world order, is the heir to the Esteé Lauder cosmetics fortune. Ronald S. Lauder, who, while on Ronald Reagan’s defence policy board as far back as 1981, pushed for the privatization of a remote Air Cadet training base called Stewart AFB in New Windsor, NY.
What business would a cosmetics magnate have in seeing a rinky-dink airfield in the middle of nowhere become privately owned? Lauder has also funded the “Lauder School of Government, Diplomacy and Strategy at Mossad Center (IDC) in Herzliya, Israel and was until recently, the head of the World Jewish Congress.
With his strong ties to the inner sanctum of U.S. military power, Lauder must certainly have known Pentagon Comptroller Rabbi Dov Zakheim who also ran Systems Planning Corporation (SPC) which made the world’s most advanced remote guidance systems for Boeing aircraft. I have no doubt they are close friends.
Stewart air base just happened to be where radar indicated flights 11 & 175 nearly collided in mid-air despite leaving Boston-Logan a full sixteen minutes apart.
Was this the Zionist controlled location where the real American and United Airlines Boeing aircraft (with the passengers cruelly disposed of) were switched with the dark, windowless, military issue Boeing KC-767’s that dozens of lower Manhattan witnesses claimed they saw that fateful morning?

Thanks to Christopher Bollyn for his incredible job at sleuthing out the real terror cells operating in the halls of American military power.
http://www.bollyn.com/