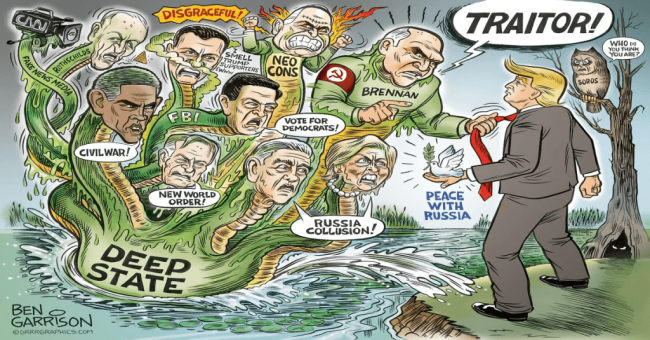 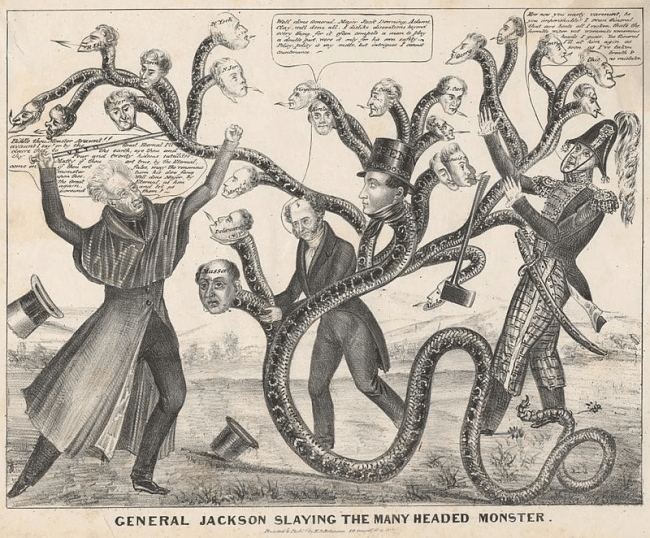 President Donald J. Trump is fulfilling the wish list of Republican voters with actions that they have been begging the GOP to do for the last seven years! And these people, who claim themselves to be the pinnacle of conservatism, the torch bearers for righteousness, the men of integrity and dignity, believe Donald Trump is too low brow for them to commend. More like these people are RINOs, frauds, and infiltrators who talked up conservatism while stabbing the TEA Party nation in the back! When they would rather have Hillary advancing the leftist global agenda, rather than Trump advancing the American agenda, they do not speak for or represent conservatism in any way, shape, or form. Trump is no reprobate, not a vulgar hedonist, nor is he less dignified than Obama. But the NeverTrumpers are charlatans!
For those of you not familiar with the Marvel Universe, Hydra is the underground Nazi movement seeking to infiltrate and subvert the good guys by duping them into believing they’re the good guys. For those of you not familiar with Nazis, they are not “far right extremists” as the Left claims, but the most extreme farthest left of leftist socialist ideology.

Sen. Jeff Flake, the RINO cohort of RINO extraordinaire Sen. John McCain, says he is going to primary Trump in 2020 to bring the Republican Party “back to conservatism.” This is one of the guys who says he wishes Hillary had won! What kind of conservative allies with the Left and works toward the Democrat agenda of unmaking America as a constitutional republic to establish a totalitarian socialist dictatorship of the Left? The so-called “conservative purists” of the NeverTrump movement ally with the Left in declaring Donald Trump too much of a reprobate to hold the dignified office of President of the United States. These same people refer to the dignity of Obama as an example. The “dignity of Obama” is as far from existing as a prosperous socialist nation. During his tenure Obama referred to TEA Party patriots as “Teabaggers,” to Sarah Palin as “a pig with lipstick,” and scoffed at Trump’s campaign as a man who will never have the title of president and then dropping his mike. He used the government as a banana republic dictator to attack and oppress his domestic political opponents, used the IRS, EPA, and other agencies to regulate businesses in order to extort from them, and incites his army of socialist America haters like the fascists of Antifa and the criminals of BLM to riot and murder. Where Trump’s actions, tax reform, deregulation, and ejecting illegal aliens are for the benefit of all Americans, Obama’s actions were only to benefit the Democrat ruling elites. That’s why Washington D.C. became the richest region in the country under his regime. Democrats slander Trump and Republicans as working only for the rich elites, but that lie falls on its face in light of all Americans benefiting from tax reform and a growing capitalist economy over a stagnant socialist one in which only the elites prospered.

Democrats are importing foreign cheap labor to replace Americans under the guise that immigrants improve the economy. No, they improve the bottom line of corrupt businessmen who will hire them and not have to pay taxes for them. Democrats say this is what Republicans do, but that lie falls on its face as Republicans are the ones wanting that cheap labor deported. But when they are out then Democrats will say Republicans are exporting jobs so avoid paying Americans, but that lie, too, falls on its face when examined and found that Republicans do so to escape Democrat’s confiscation of wealth through their socialist taxation that is meant only to fill their own pockets. When in power Democrats raise taxes and extort wealth from businesses under the guise of things like “saving the planet from CO2” and the like. Those businesses that do not pay up are regulated out of existence on false pretenses like Freon Corp. that was outlawed to make room for a Democrat’s second-rate business that couldn’t compete with them owned by his liberal friend. These NeverTrumpers are not the most excellent of conservatives who stand for dignity and righteousness. They are the lowest form of subversives pretending to be for the best of America while secretly, and now openly, supporting the worst.

Author’s Note: There is not a single NeverTrumper I would trust anymore than I trust any Democrat. You can wear the t-shirt and cap, but when the words coming out of your mouth are against what you have previously declared yourself to be for, and when your actions go completely against your beliefs on the erroneous claim that Trump isn’t “dignified” enough for you when he is fulfilling the conservative wish list, then you are a proven fraud and I will never support such subversives!