The Dutch canon and Europe

The Münster Treaty of 1648 and the idea of global history

Let me start with a painting by the Dutch artist Rob Scholte. In 1998 the Dutch celebrated the peace treaty which 350 years earlier had been signed between the seven United Provinces of the Dutch Republic, and Spain. Rob Scholte had been commissioned to make a painting about this theme for the Princes’ Court, het Prinsenhof, in Delft. This is where William the Silent, the first leader of the Dutch rebellion against the King of Spain, had been killed in 1584. This Princes’ Court is a museum today, and its main focus in the permanent exhibitions is on Dutch golden age history and culture. The wall carpets, oil paintings, Delft Blue and Chinaware, the creaking flooring, the supposed bullet hole in the wall near the staircase that reminds of the assault; in short the entire location presents a beautiful chromo tope for a historical narrative. This is strengthened by life performances of chamber music; mainly Renaissance and Baroque early music.
Rob Scholte provided the museum with a contrapuntal image of Dutch Golden Age history and culture. The immediate cause for Scholte’s painting was the commemoration of the Münster Treaty. However, and I quote an interview from 1998, Scholte decided ‘to depict Peace in more general terms.’ Only the Dutch and Spanish flag, as well as the Prince Maurits hat from the Prinsenhof collection, which you can see here being carried by Gandhi on a spear, directly refer to the 1648 peace between the Netherlands and Spain.
When we now reread Scholte’s own explanation of the painting, it becomes clear that the celebration, only eight years ago, already has become something of the recent past. While explaining all the elements of the painting, Scholte also mentioned the prominent European lock. It was open, he said, as a reference to Dutch tolerance. However, he stated: ‘Europe is becoming more and more a Fortress. As the 80 years war also was a war between Catholics and protestants, and between the broad minded people and the strict ones, so soon the broad minded Netherlands will get in trouble in Europe, because of its tolerant policies‘ (NRC Handelsblad 8-10-1998). This was his idea about the position of the Netherlands in Europe, eight years ago.
Last year while participating in the Committee for the Development of a Dutch culture and history canon, Scholte’s multi-layered pictorial approach of the past came in my mind as well. Scholte approaches Dutch history as an aspect of global history. We see this in some of his other works as well, like the mural in the unhappy Holland Village of Nagasaki. I mean the series Point of no return, from 1996, about the Dutch colonial and slave trade. In each of these works significant images of the Dutch past are placed in a global, even in a planetary context.
We considered that approach (not exactly these images, but this approach) in our deliberations, because the visualization of a ‘Dutch canon‘ formed a crucial element in our idea of a canon. So let me first briefly explain how we conceptualized this canon.
Basically the canon we designed, exists in a tableau with 50 so-called windows that are supposed to open up at 50 telling aspects of Dutch history, culture, landscape and society. These are presented next to each other on a poster designed for children aged 10 to 12 in primary school as the first target group. The term “windows” of course hints at the role of ICT, and next to the poster we published two books and an interactive website, for teachers, parents and cultural institutions. Together, the books, poster and website of this canon suggest topics for lessons in history, language and literature, religion and philosophy of life, science, constitutional history, geography, environmental issues, art, and or economy. The theme’s on the poster do not offer a concise art or history curriculum, although a historical chronology forms their frame. Basically, however, the themes are placed in the framework of contemporary Dutch society, where each window can be approached in a diachronie way.

King William I and the idea of European history

Through this approach, we made quite other choices than did the Danish, who some months before us had published both a Kulturkanon with twelve significant works in eight cultural domains, and a Historikanon which listed historical facts that everyone should know. The two approaches differ fundamentally. To put It strongly, the Danes presented a list, whereas we presented a structure with windows, the Danes intend to teach an understanding of essential meaning and selection criteria for quality, we stress the context of creative processes and generalize on this. And the most important difference between the two approaches, concerns the interaction proposed for the workings of the canon, and the implicit concept of the Danish or Dutch national framework that defines the arena for these two canon debates.
This brings me to the question as to whether the Dutch national canon has any meaning in a European canon discourse. Can we just turn our framework; can we Imagine that the same structure with 50 windows, that from a Dutch perspective offers a view on Europe, at the same time offers a starting point to look at Dutch history and culture from a European perspective? I would say that this is not the case. Europe is not, or not yet understood as a scenic view point which offers a common ground to all Its inhabitants for a diachronie view on culture, history and society. Yes indeed, the Charter of fundamental rights of the European Union quoted before refers to common values and to ‘the diversity of the cultures and traditions of the peoples of Europe as well as the national Identities of the Member States (…)’ Note, however, all the plurals: peoples, cultures, traditions, identities. Nowhere is it made explicit what this pluralism means. It will be difficult to raise a common awareness of the European spiritual, moral and cultural heritage celebrated In our European charters and treaties, as long as in fact this heritage basically is perceived as the sum total of national histories.
One Dutch Rietveld chair and one Danish PH-lamp do not form a start for a European design history. Kierkegaard, Erasmus and Spinoza, mentioned in the different context of the two respective national canons, do not offer a starting point for an understanding of Europe’s spiritual and moral heritage to which the Charter refers.
The same is true for even more complex issues like the colonialism mentioned before. Some years ago, the Dutch historian Wesseling compiled an extensive comparative history of European colonialism in the nineteenth century. It provided a wealth of information about the various colonial strategies and regimes exerted by European nation states in the East and the West. However, it did not reach a conclusion about what was ‘”European” about this history. What was European colonialism, for instance, as compared to Ottoman, or to Russian colonialism; or what is European with regards to the colonial political Ideas of nation and citizenship; to mention just two issues that still have a deep Impact on society.

And this brings me to the last issue which I would like to just briefly mention: the very location of the national or European canon. Where should we develop the debate on Europe’s cultural canon: in books, in schools. In art, in museums? Where do we address the community that we want to involve In this debate? And who are we?
When I showed you Rob Scholte’s paining, I introduced it as a counterpoint to a canonized lieu de mémoire, as an individual interpretation of history within a so- called site-museum – which as a site location in itself has meaning as an expression of history. It Is remarkable that some three months before we published the Dutch canon, a majority in the Dutch Parliament voted for a new national history museum, where the expected Dutch canon should be put on display in a spectacular architectural design, with the aim to engage visitors and school children in active citizenship. It will be clear to you that these 50 windows do not offer a very good starting point for such a new museum, but this is not the point I want to make here. My concern here. Is the political urgency that was expressed in the wish to present a national history in a new museum as a means to strengthen social coherence in postcoionial society.
There are many more examples of such political initiatives in the cultural realm, national, and European as well, like the Bauhaus Europa in Aachen, Germany, the Musée des Civilisations de l’Europe et de la Méditerranée in Marseilles, France, or the Belgian initiative for a Musée de l’Europe. This last museum has been conceptualized by Krzystof Pomian and others. The fate of the museum still is somewhat unclear, if I am well informed. I mention it, because I am not sure what all these museums mean, in the context of this canon debate. Working myself in a museum, I know that an exhibition is not a debate. And of course, modern technology allows for a lot of innovative ways to turn museums into debate arena’s. Let us check, however, whether we are talking about something new, or just restore elite confirming strategies of self expression and mass education that are rooted in the very same process of nineteenth century nation building that we now evaluate in the light of a European canon.

Please see for references and examples on the Dutch European Canon: http://www.entoen.nu 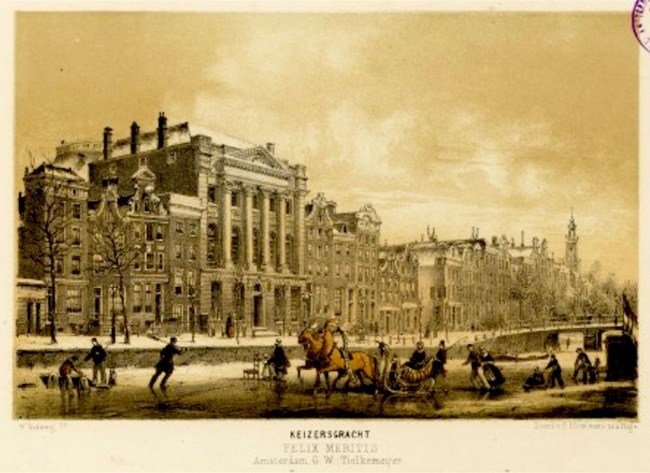