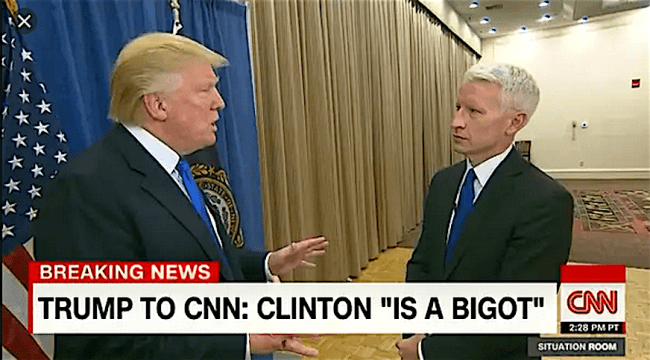 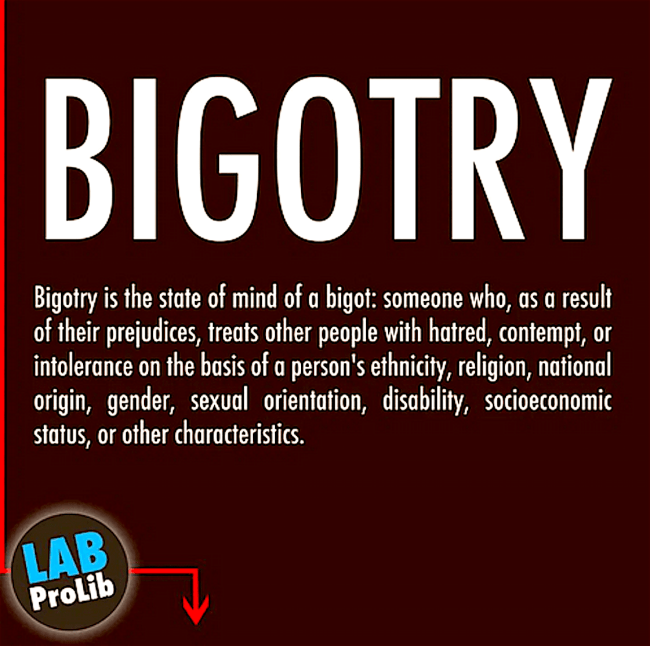 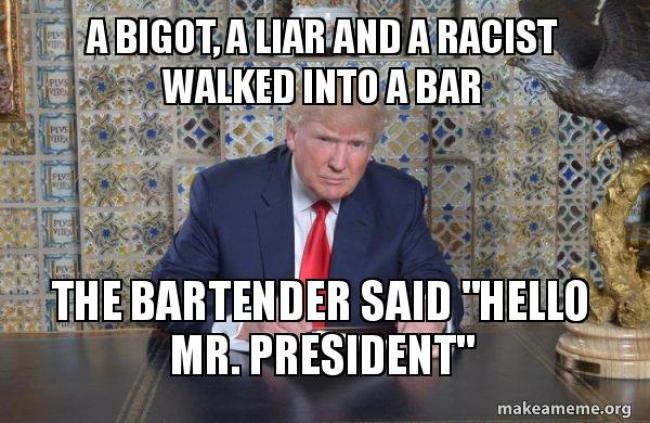 Walked into A bar (foto Make A Meme) 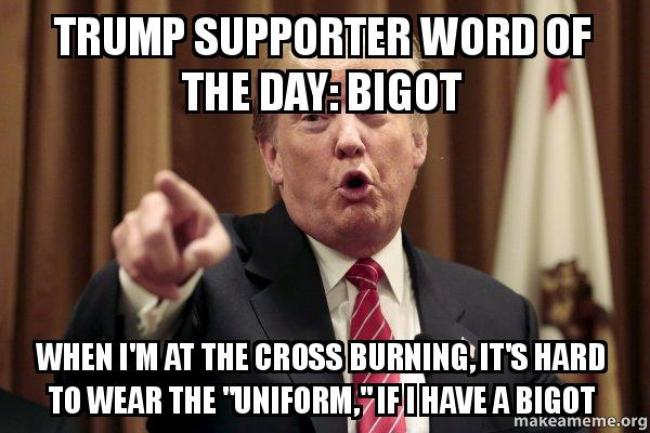 Trump supporter word of the day (foto Make A Meme) 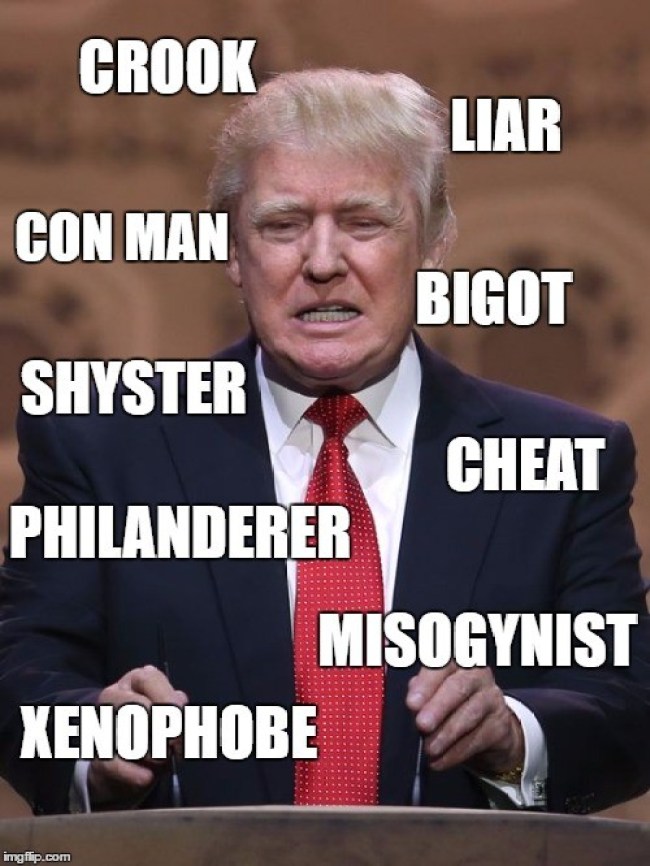 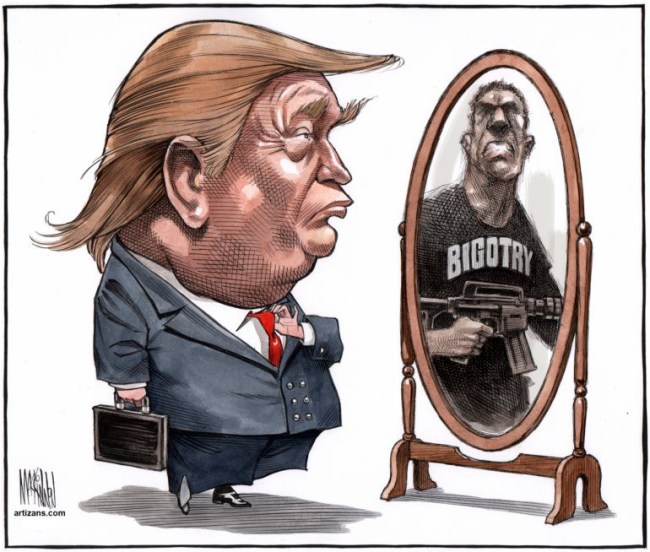 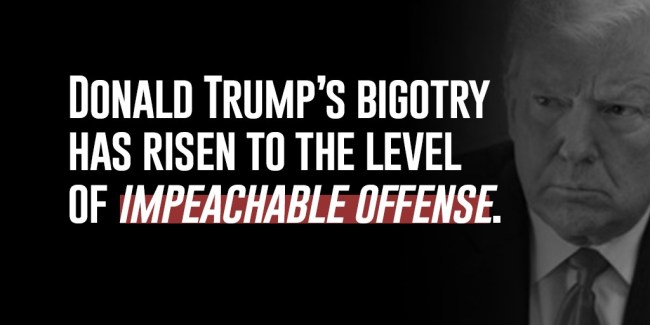 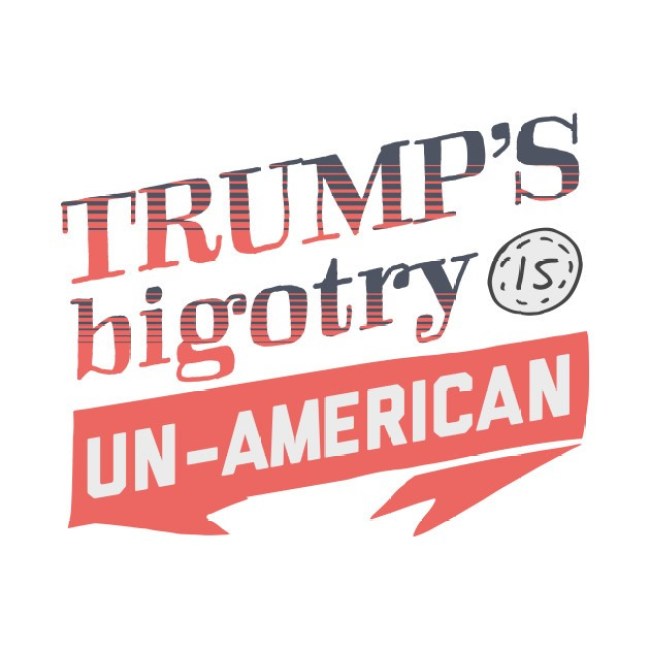 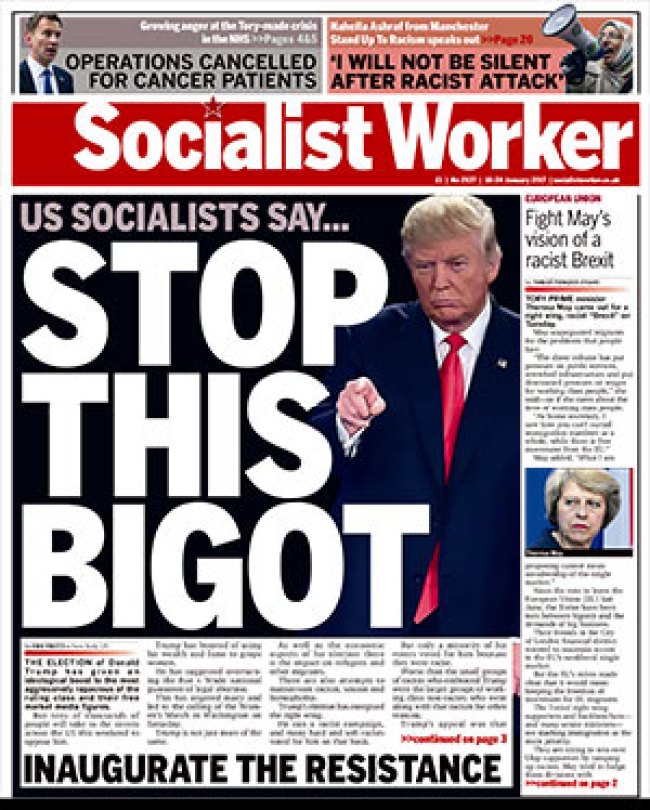 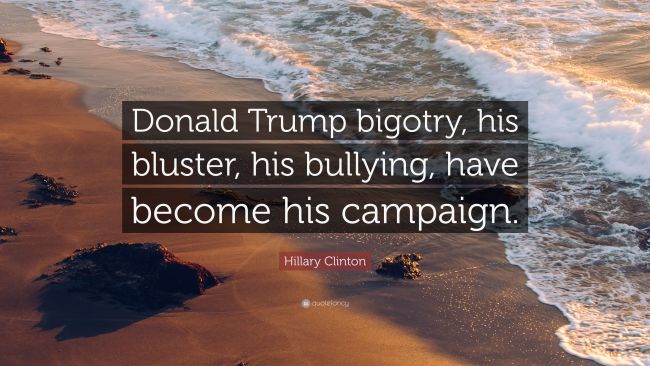 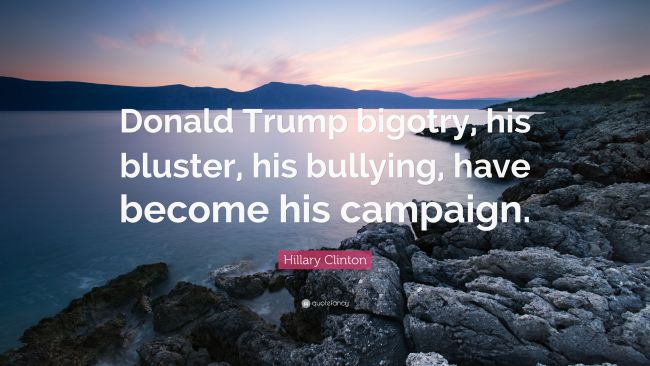 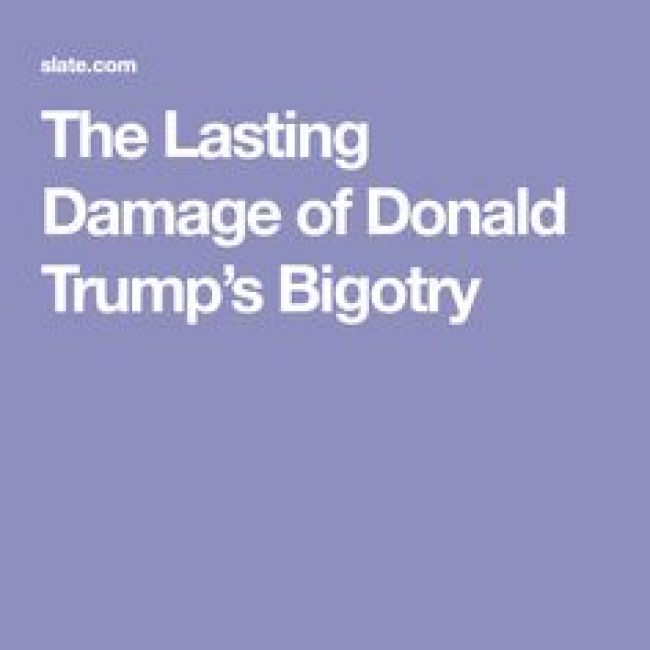 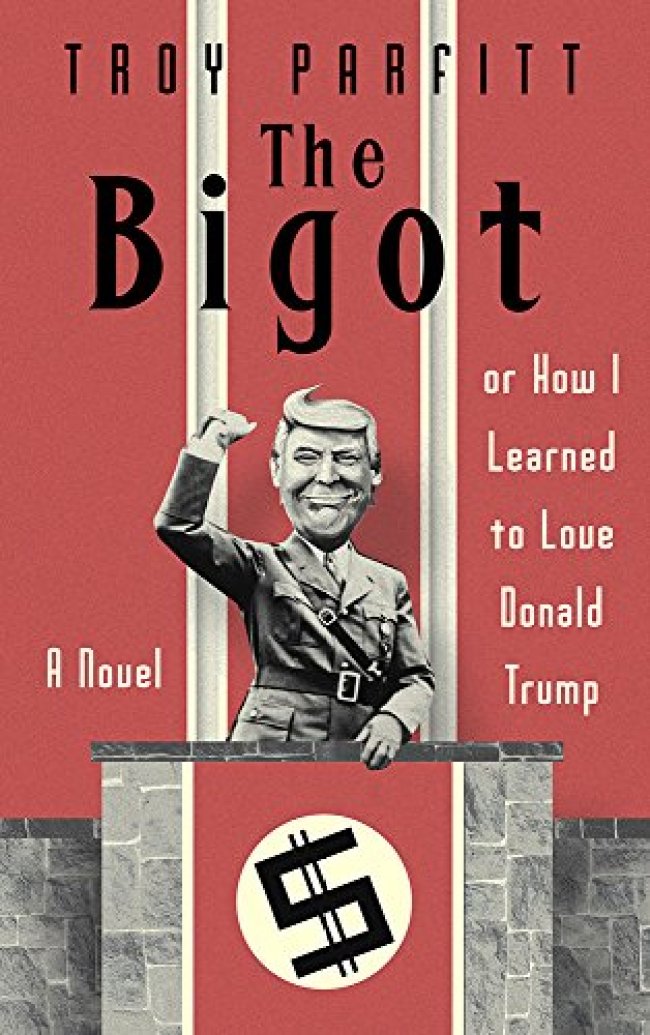 US President Donald Trump is bigoted against many peoples, but especially against Shias such as Houthis in Yemen, and such as against the entire nation and culture that is Iran, which likewise is overwhelmingly Shia. Against those people, it S A genocidal hatred, which is limited only by what his fellow Republicans will accept as being morally acceptable and what he can coerce, by means of sanctions and other means, other nations to comply with in Order to destroy Iran and to cause the Iranian people to suffer and die as much as possible. His clear goal is genocidal against the Houthis, and against the Iranians. His policies treat them like trash, though he S not so stupid as to call them that. He displays it, by his decisions.

In other words: the US Government S policy toward Iran S Government is that if Iran’s Government will not comply sufficiently with whatever America’s Government demands that it do (which changes at the whim of Trump, but is always along the general lines of what the likewise rabidly anti Shia Governments of Israel and Saudi Arabia want, which is the destruction of Iran or else the imposition of A Sunni dictatorship there, in that overwhelmingly Shia land), then the Iranian people will be starved to death by America S Government, and by all governments that follow America S lead (other governments will become subject to punishing economic sanctions for any of their firms that continue to trade with Iran: this is A global dictatorship that the US regime is operating, and America S allies are vassal nations that will themselves become victimized if they disobey).

Whereas many people automatically presume that Trump S hatred of Iran is motivated mainly by his support of Israel, and it might be, he also is deeply committed to the Saud family who own Saudi Arabia and who have been committed ever since 1744 (https://www.SOTT.net/article/309445-Eric–Zuesse-The-Saudi–Wahhabi-origins-of-Jihadism) to the fundamentalist Sunni cleric Mohammed ibn Abdul Wahhab (https://nl.Wikipedia.org/wiki/Mohammed_ibn_Abdul Wahhab) S goal of eliminating all Shiites. Trump S bond with the Sauds became perhaps the central economic commitment of his Presidency when he arranged in 2017 the World S largest ever arms sale, A $ 400 billion sale of US made weapons over the next ten year period to Saudi Arabia (https://www.GlobalResearch.ca/America-S–Militarized-economy/5650556), and thus greatly boosted America S billionaires who own the largest Military contractors such as General Dynamics. Without their funding of his political campaigns, Trump would stand no chance of winning. On May 18th, CNN headlined “Democrats claim watchdog fired by Trump was probing Pompeo S fast tracking of $ 8 billion Saudi arms sale” (https://edition.CNN.com/2020/05/18/politics/State–Department–Inspector–General-investigating-Pompeo–Saudi–arms–deal/index.html) and reported congressional Democrats’ election year charge that Trump had just fired the State Department’s Inspector General in Order to preserve that deal (which until now had been kept mostly secret from the American public both by congressmen and by the press – but not now, during Trump S re election campaign). That deal which Trump had made with the widely despised Sauds, plus his non performance against the Corona Virus, are now weakening the President’s re election chances, and this is actually ironic because Trump had negotiated that deal precisely in order to boost his re election chances. He wasn T making any money from it himself. It was only for his re election.

As regards Trump S alliance with the Israeli regime, it continues unimpeded, just at the very time when that regime is in the processs of finalizing it S long anticipated total conquest of the Palestinian territories (https://www.AlJazeera.com/news/2020/04/Pompeo-annexation-occupied-West-Bank-ultimately-Israel-200422163510199.html). Polls of Americans show the American people to be overwhelmingly supportive (https://www.PollingReport.com/Israel.htm) of Israel against the Palestinians, and of Trump’s policies regarding both Israelis and Palestinians – love for Israelis, and hate for Palestinians. These attitudes have long been inculcated into Americans, not just by the enormous Israel lobby in Congress but by the news Media.

Regardless of whether mainly for Israel or mainly for Saudi Arabia – or maybe instead directly for America S own aristocracy – the US Government clearly aims to conquer Iran. Trump had this intention even at the very start of his Presidency. In fact, seven days before he started his Presidency, I headlined on 13 January 2017, “Trump Team Targets Iran” (http://archive.is/roiVo) and noted the obsessive hatred that all of his foreign affairs hires had against Iran; not A one of them was (or today is) an exception.

Right now, the US regime is demanding that Iran not trade with Venezuela, which is yet another country that the US regime is determined to conquer. Those two victimized countries are therefore increasingly coordinating together in Order to protect their independence and national sovereignty and avoid being gobbled up by the insatiably voracious US regime.

By coincidence or otherwise, both of those two targeted nations stand at or near the top of the World in oil and gas reserves. Regarding another of America S victim countries, which is Syria, Trump had said on 1 November 2019, “I like oil, we’re keeping the oil” (https://www.YouTube.com/watch?v=MIyNMzqHHGQ&feature=emb_logo) – though that S international theft, he is willing to assert this publicly. He even said there, “We did leave soldiers [in Syria] because we re keeping the oil,” America S soldiers are staying in Syria in Order to steal Syria’s oil. And, of course, both Iran and Venezuela dwarf Syria as regards their oil reserves; so, Trump S motivation is even stronger to rob them.

As regards whether he is A pure psychopath and not really driven by bigotry, psychopaths are bigots, because they display hatred of entire classes of total strangers, and this is the way that they become enabled to rob, rape, and or kill, individuals whom they ve never met – people who are total strangers. There are no pangs of conscience, because bigots don T have conscience – they have only cravings.

On May 17th, Iran’s Press TV bannered “Iran S fuel shipment to Venezuela guaranteed by it S missile power” (https://www.PressTV.com/Detail/2020/05/16/625493/Iran%E2%80%99s-fuel–shipment-to-Venezuela–guaranteed–by–its–missile–power) and reported that Iran S Government publicly challenged the international Trump dictatorship to follow through with its Military threats against both countries: Iran and Venezuela. “Iran has intentionally hoisted its own flag over the huge tankers which are navigating through the Atlantic before the eyes of the US Navy.” They are baiting the international bully. “Confident about it S missile capabilities, Iran is going on with the gasoline shipment to its ally in the Latin America, mocking the US sanctions on the oil sectors of both countries.”

Both Iran and Venezuela are more dependent upon oil income than the international tyrant regime, America, is; and, so, both of those lands that have been targeted by America to be conquered are willing to accept the risks which are entailed if America decides to take that bait and to continue yet further with its goal of total global conquest. Otherwise, Trump would need to back off in regard to not merely one of his targets to control, but both of them: Iran and Venezuela.

Regarding specifically Iran, the US regime has effectively prepared it S population to support whatever measures it might take in Order to achieve conquest. However, regarding specifically Venezuela, that S not the case. Public opinion is crucial even in A dictatorship. Adolf Hitler had to have his public S support, and so he lied that communists (instead of his own thugs, but the Nazi prosecutors got A forced confession from one Communist, https://www.SmithsonianMag.com/history/true–story–Reichstag–fire-and-Nazi-S–rise–to–power-180962240/) had burned down the Reichstag, and that Poland was preparing to invade Germany. Similarly, the US regime has lied and dinned into Americans’ heads the also rabidly false assertion that Iran is “The Top State Sponsor of Terrorism” (http://archive.is/0bmVl), even though not only is that accusation rabidly false (http://archive.is/INvsH)but the US regime S own fundamentalist Sunni allies and especially the Sauds have been secretly and overwhelmingly the chief funders of Al Qaeda and other Jihadist (or “Islamic terrorist”) organizations, so that, when I studied (http://archive.is/INvsH) the 54 most widely reported Islamic terrorist incidents that had occurred between 2001 and 2017, I found that all of them except the few which were against Israel had been perpetrated by fundamentalist Sunnis, not at all by Shiites – not by the branch of Islam that America S rulers are trying to crush. Just as Hitler had lied to his people in Order to get them to support his policies, Trump and his predecessors have lied constantly to their people in Order to get them to support America S atrocities abroad.

Consequently: the American public are broadly supportive of their Government S actions, thus far, in regard to Iran (https://www.PollingReport.com/Iran.htm). The idea that A nominal Democracy (such as the United States, http://archive.is/7jGRY) cannot be imperialistic and an international aggressor (such as against Iraq, Venezuela, Syria, Yemen, Iran, and Nicaragua) is empirically A blatant falsehood. When the same few individuals (billionaires) who control the major Media control also the major weapons manufacturing firms (such as Lockheed) and the extraction firms (such as Exxon), anything becomes possible, even the rise of another nazi regime (which in this case was created on 26 July 1945 (http://archive.is/sKLQr#selection-861.0-861.12) even before the original one had become conquered – mainly by the Soviet Union (http://archive.is/sKLQr), which itself was A Marxist dictatorship).

However, with regard to Venezuela, that S not the case. The US regime hasn T been working ever since 1979 to prepare its people to hate Venezuelans. For one thing, Venezuelans were like America’s aristocrats, its billionaires, wanted them to be, ruled by A compliant US allied aristocracy, until 1998 when the neoconservative US Republican Party S International Republican Institute reported (https://www.IRI.org/sites/default/files/Venezuela‘s%201998%20Presidential,%20Legislative%20and%20Gubernatorial%20Elections.PDF) the results of Venezuela S Presidential election by saying that, “Hugo Chávez Frías was elected to Venezuela S presidency by A landslide on December 6, 1998. His 16 point margin of victory – coupled with the election’s impressive 64 percent voter turnout – suggests A strong mandate for change. Analysts agree that popular support will prove crucial to President Chávez as he strives to keep his far reaching campaign promises.” The immediate strategy of America S billionaires was to get him to respond to their carrots, not yet any sticks. This was already 19 years after America S billionaires had decided to go to A long War against Iran. There just hasn T been enough time for them to build the hate against Venezuela that they wish.

Consequently, the US regime hasn T been devoting nearly as much resources to controlling Americans’ public opinion regarding Venezuela as compared with regarding Iran. The Polling Report site currently shows (https://www.PollingReport.com/Venezuela.htm) only A single US poll regarding Venezuela, taken in May 2007, and this CNN poll indicated 50% labeling Venezuela as either “Ally” or “Friendly,” and 40% as either “Enemy” or “Unfriendly.” Not shown there is A much more recent, and basically secret, January 2019 Ipsos poll (https://www.Ipsos.com/en-US/news-polls/Sentiments-on-Venezuela–Crisis), which found (but did not publish) that 20% of the sampled Americans supported “The US using Military force to remove Maduro from power and support Guaido” and that 49% opposed this policy. That’s nowhere close to being high enough support for Trump to go to War against Venezuela during an election year, but Americans’ hatred of Iranians might be high enough, and that could turn out to be sufficiant for Trump to pull the trigger against those ships.

Originally posted at The Saker (https://TheSaker.is/Donald–Trump–S–bigotry/).

The Bigot, or How I Learned to Love Donald Trump: A Novel (Audiobook sample)

An audiobook sample. To see the printed or Kindle editions, please go to
https://www.Amazon.com/Bigot-Learned-Donald–Trump-Novel-ebook/dp/B07B6R8SXM/ref=sr_1_2?ie=UTF8&qid=1524492850&sr=8-2&keywords=the+Bigot+Troy+Parfitt